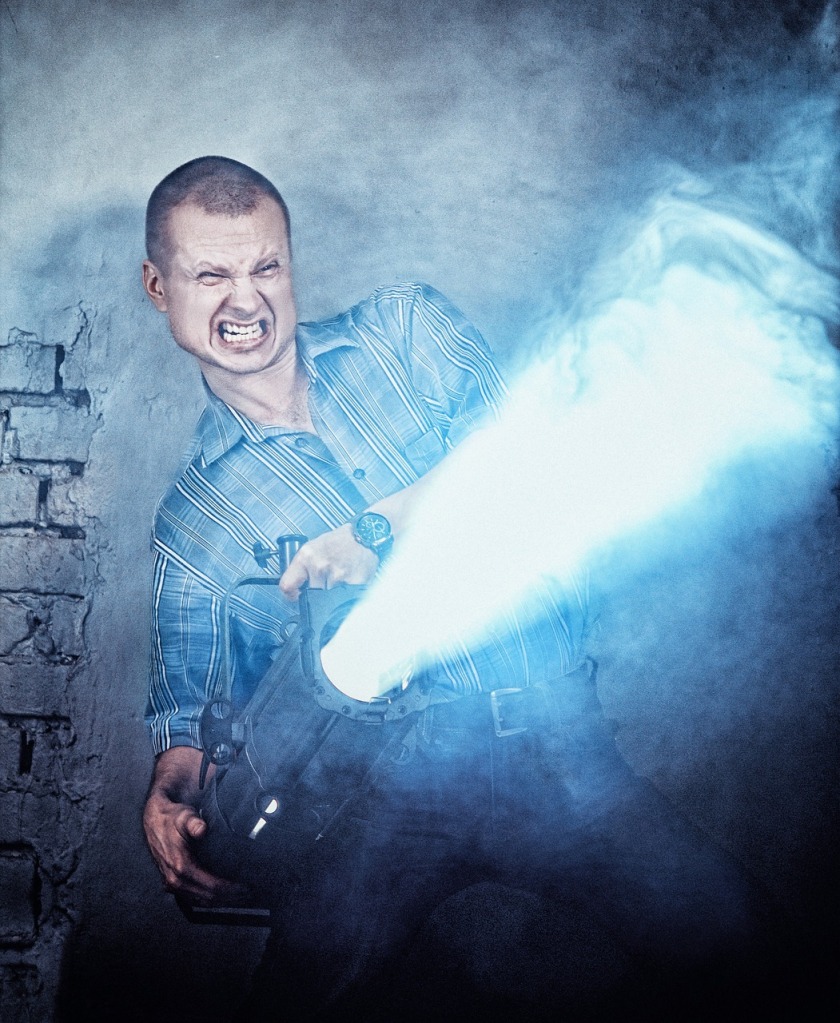 The battle was not going well.  They had made it up to the enemy fortifications and dug in.  Their trenches dotted the field of battle but their forward progress had come to a grounding halt.

The chemical bombs that had been dropped from on high erupted all over the terrain and the numbers of the dead left in its wake was astronomical.  Many others had drowned in the flash floods as the waters had swept in and filled the trenches.  But those that were still there had survived.

The orbital laser was another story.  It had burned its path in the wake of the last attacks and there was nowhere left to run.  It came from on high and incinerated so many that there was little to nothing left to fight for.  It was inexorable, plodding and it left nothing but death in its wake.

The war was over and the toll had been high.  It became known as the Day of the Dental Appointment and bacteria quailed at the memory. 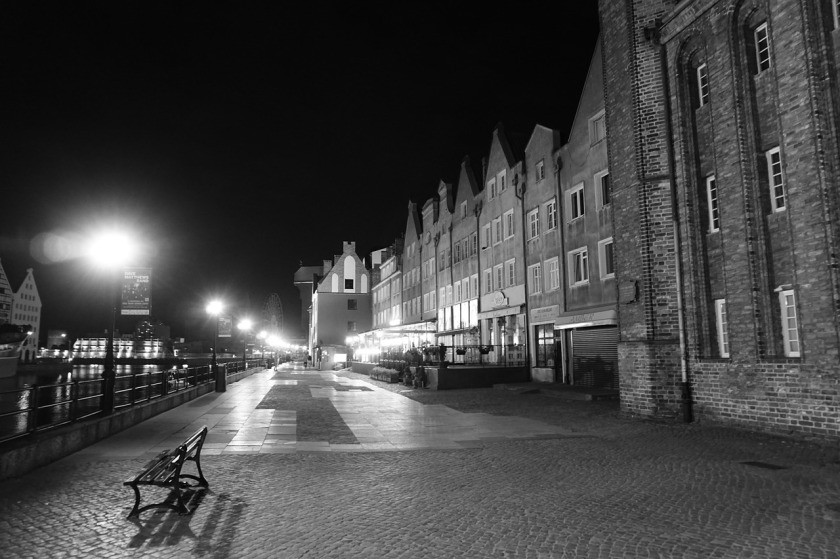 The zombie scourge had come and it had happened faster than anyone expected.  The government had not been prepared and communications had failed rapidly across the country.

In the beginning of the scourge, Bob and Larry had narrowly escaped their apartment building.  They had been on the run since.  Supplies were always a concern so they had been searching for a place to scavenge.

The zombies were everywhere.  Their slow shambling movement could be heard echoing down the alleys and streets.

“I think I see a building over there!” pointed Larry.

Bob followed after him and they locked the door behind them.  It was difficult to see in the gloom but moans emanated from the inside of the building as well.  The sound of a dragged foot, the clack of loose teeth filtered through the oppressive silence.

Larry shouted, “I think we’re going to have to clear this place out!”

The two men both leapt forward into the quailing mass that moved to surround them.  They struck for the heads of the creatures as this was the only thing that seemed to stop them permanently.

Once they were the only two left standing, Bob looked around in confusion, “Wait. Isn’t this an old folk’s home?”

Working on my first novel proved to be much more difficult than I had expected.  At the same time it has been an incredibly rewarding experience.  It took me roughly six months to complete the first draft.  Each step was in many ways more difficult than the previous one.

So why did I decide to write it?  As I mentioned previously, I had always wanted to write one.  A friend of mine had been doing the famous http://nanowrimo.org/ so the opportunity was there.

Truth be told, what did I have to lose except for time over a 30 day period?  Of course, it took quite a bit longer than that but I didn’t know that at the time.

If it was terrible, would it all be worth it?  I believed that it would be no matter how awful it might be.  I could finally say that I had completed a goal that’s been following me along for years.  A life accomplishment is a pretty big deal.  Besides, I wouldn’t have to share it with anyone if it was inherently unreadable.

But what would I write about?  Here in lay a bit of the rub.  I had a bunch of ideas that had been fomenting their way through my skull for years.  You might even see pieces of them in the short fiction section.  But there was one idea I had that had been festering away as an idea for a science fiction TV show.  I had already created most of the show’s bible (main characters, setting, ship design, et al.)  This seemed the best place to start.

The future was bright!

A young man, roughly the age of fifteen, left the front door of his home and wandered away.  A dark cloud followed him around while his face held an intense expression of doom.  So much darkness.  Blackness.  Blacker than black.

“My soul is black.” muttered the teenager as he stumped his way down the street.  “There is little left to salvage my darkened soul, so why even bother?”

His pace did not change as he passed house after house but his demeanor grew more downtrodden.  It was from the corner of his eye that he noticed a shadow following him.  He stopped and turned and a little girl, maybe the age of nine, smiled back at him.

“Stand back little girl.  For I am evil and there is nothing anyone can do about it.” he muttered as he continued on his way.

She hurried to catch up to him and tried to take his hand.  He pulled away and hurried his pace.  She caught up to him and yanked with a preternatural strength and he was forced to heel.  He brushed her hand away and glared at her.

“Do you like colors?” she asked as she twirled back and forth.

He gestured angrily at his outfit that was all black.  “No.”

She threw her hands up in the air, “Come on!  Everyone likes colors!”

“Not me.”  He tried to back away from her but she was persistent.  His shoulders slumped.

With a silly grin painted across her face, she asked,  “If you had to choose one color that would be yours forever, what would it be?”

It was only then that he noticed that the inside of her little jacket was painted like a rainbow but the colors seemed alive.

‘What can I do to make this little girl leave me alone?’ he thought to himself. “Fine.” he said to her.  “Purple then. Purple so dark it borders on black.”

“Purple it is!” she cried in delight.  She pulled a strip of purple from the inside of her coat and tossed it to him.

“This is lavender, not purple!” he cried as he tried to keep the color from falling to the ground.

“Purple!” she shouted in joy as she pirouetted in place.  “See?  I’ve brightened your day!  Happy day to you!”

She ran over and gave him a hug.  He had to admit that he did actually feel better.  Maybe everything wasn’t as dark and gloomy as he had initially thought.  Suddenly she pushed him and he fell through the open manhole.  His head smashed against the concrete.  He lay there unmoving as the neighborhood flotsam soaked into his clothes and hair. 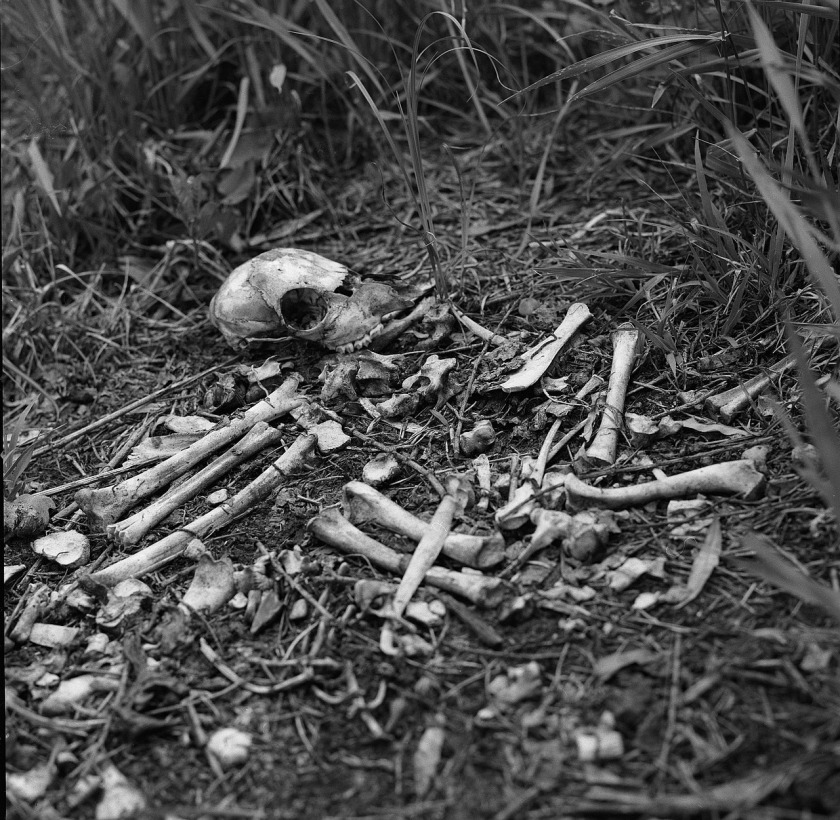 The moon shone down upon the tops of the ragged trees in this broken forest.  The moonlight helped but it was little trouble to track his prey.  He could smell him.  His human stink permeated the very air.  The demon’s laughter shook loudly against the foliage.

“I will crush you little man!  I will wear your bones as a necklace!” the demon cried with relish.

A note from a stringed instrument came back to him in response. The man slowly strummed on a ukulele and sang… sang a very old song.

“What is this?” shouted the demon.  He slowly came to a standstill in the small meadow.  Moonlight beat at his skin.  “Why do I know this?  Why do I feel sadness?  Why do I feel… remorse?”

The man continued to sing that ancient song as he swung the ukulele to his back. He limped his way into the meadow and took his measure in front of the demon.  The moonlight glinted off of the sword blade as it slid its way out of the cane.

“I’m sorry.” said the man as the blade slipped into the demon’s heart.

The demon transformed back into the man he once was.  The rage in his eyes changed to fear, then regret.  “You are the hunter?” escaped his lips as he toppled to the wet grass.

“Another one bites the dust!” the little monkey chittered in amusement from the hunter’s shoulder.

It was just a machine driven pulleys and ropes.  True, it was a containment device but then so was a car or a room for that matter.  This one just moved in a vertical manner.

She glanced over the surface of the one that she was in.  The one that had set dread in the center of her chest.  It had finger smudged metal paneling and a filthy drop ceiling.  There was smut ground into the corners and the square of carpet underneath felt moist.  The smell of strong perfume and old cigarettes was only slightly off putting.

So what was it about elevators?

She was just trying to get to floor 23 but the elevator doors opened on floor 9.  A single man in a slightly disheveled suit stepped in and pushed the button for floor 26.  He leaned against the back wall and she could feel his eyes all over her.  She could just make out the smirk painted across his lips as he folded his arms.

This other passenger, this man, began talking at her, “Twenty third floor, huh?  Looking to get hired, is that it?”  He sidled right up behind her, “You’re pretty enough.  I could probably help you with that.”

She could feel his breath on the back of her neck.  Her mouth slowly curled into a frown but understanding lit up in her mind.  That’s right, it’s not elevators.  It’s being trapped in a small room with assholes that bothered her.

And assholes were everywhere. 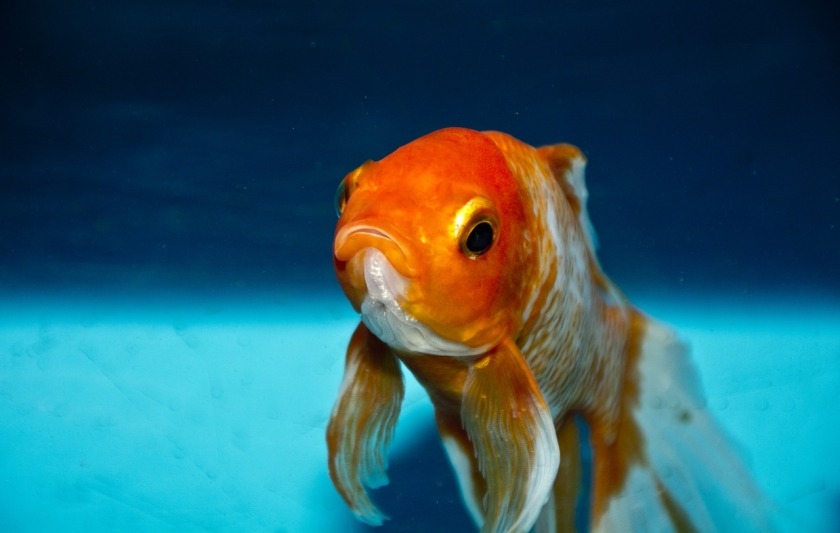 Being a fish is hard.  Being a fish that lives in a tank is even more difficult.  You look out at the weird wide world and it doesn’t make any sense to your fish brain.

Sure, there can be a riot of colors and you can’t quite figure out what you’re looking at but is that really any different than living in the coastal reefs?

The hardest part is coming to the realization that you’re trapped.  It seems like you should be able to go on forever but then you run into that clear barrier.  And that barrier is almost in all directions except up.

Once you make that distinction, it all kind of goes downhill from there.  Food magically arrives at a pretty consistent time every day.  Consistent enough that it gets dull.

So you try exploring.  The little plants are fun to play in but even they lose their mystique over time.  And there are only so many times you can swim through the castle.

That leaves you with attempting to have a conversation with Bubbles the Diver.  But that guy is like a broken record. And what the heck does he eat that makes him so gassy?