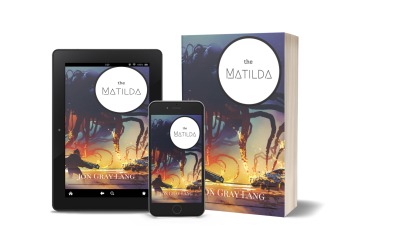 With the release of Twistin’ Matilda, the price has been dropped on the Matilda for a limited time!

The crew of the space freighter, Matilda, ply their trade on the fringes of known space under the ever-present boot of the Consortium.  Unfortunately, those fringes are controlled by criminal elements.  Trapped between these two forces, the Captain works her way toward another payday, sometimes legally, other times not so much.

After breaking one of their own out of prison, someone is chasing them.  But who are they really after and why?  What could one of the crew know that could be potentially dangerous for the powers that be?

It’s moments like this when it’s good to have an ace up your sleeve.  Even if that ace can bypass the entire wormhole gate system by going where no one should and no one would want to go.

Join Jacquotte Delahaye and her crew of misfits in the first and second seasons of the series, The Matilda.