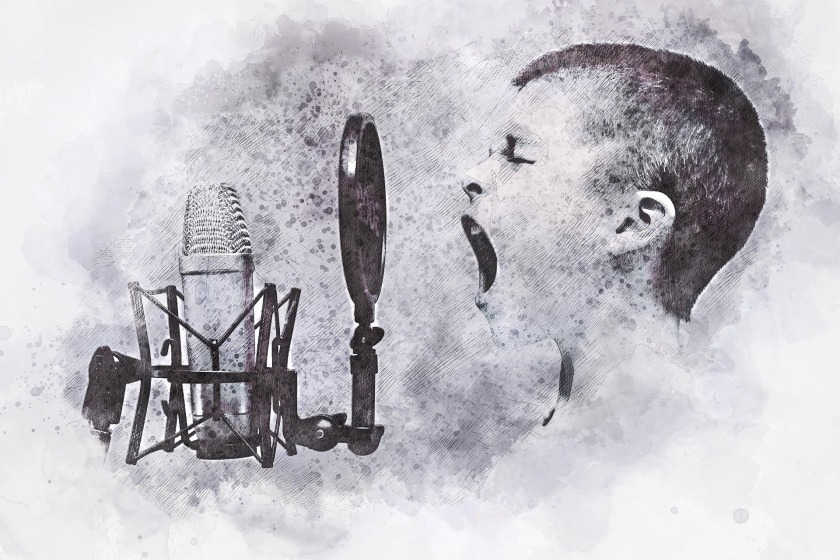 It feels like all I’ve done in 2020 is dive into the back end of the marketing maze with a compass that kind of works.  So for a change of pace, how about a trip to the publishing pool instead?

Sort of, anyway.  I’ve been looking into getting audiobooks done for my stories and I asked myself, how hard can it be?  There is plenty of Voice-Over talent out there to do it for me but I’ve always liked it when the author did it themselves.  There’s just something about hearing a book by the person who is as close to it as someone can be.

Some of my author friends like Michael Kilman record their own audiobooks and have been kind enough to let me badger them with questions.  But you know what’s better than answers?  Personal experience.  So, I signed up for an intro to Voice-Over acting from The Acting Studio to get some of that experience, all personal-like.

It was a little more in-depth than I had initially expected for an intro class, which was really cool.  We all got a shot at the mic and recorded a couple of 30-second commercials for practice.  And I learned a lot.  One of the more interesting things that I picked up is how body language carries through the voice.  An example is how body tenseness causes higher octave changes.

I’ve sung into a mic and minus the microphone etiquette, this isn’t the same at all.  I‘ve acted before, on stage and in film and video but this is a different beast, especially commercials.  No one speaks like that so it makes for a weird character to try and play.  It is hard not to come off as a caricature.  Did I succeed?  Somewhat.  Is it my bag?  I’m still thinking about that…

Once I have an answer, I’ll be sure to let you guys know…

Image by Layers from Pixabay