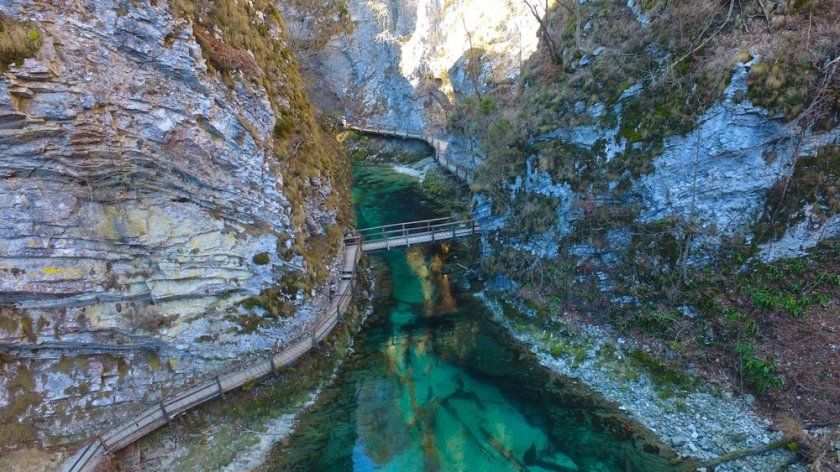 It had a taken a week but the body of the missing young woman had been found.  Her arms and legs had kept her lodged between the railings of the bridge.  But finding her corpse only led to more questions.

The locals had spoken about a young couple who had been seen camping out in the nearby forest but neither of them had set foot in town in the past couple weeks.  The search for the lady had begun once the police had fished her husband’s body out of the river.  The need to find her had grown once the black and white photos sealed in plastic bags were discovered in his coat pockets.

The pictures told a story of a young couple on vacation.  They ranged from candid shots at a gas station, to posing in front of a ball of twine and a monument or two.  The photos slowly degraded into a gruesome end for the woman.

The husband’s body showed no physical forms of trauma.  It simply looked like he had drowned.  She had rope burns around her ankles and wrists.  The photos unfolded the horror that she had suffered through on her last days.

While still alive, she had been stretched taut between two trees until her husband had cut her arteries and she bled out.  The last of the pictures showed her husband as he worked diligently to cut the organs out of her body before he cleaned them carefully.  Each of her organs were then carefully sealed in plastic bags and then placed back into the open cavity in their proper place.

The most troubling part was that cases like his had been appearing all across the country in the past couple months.  Each one had the old black and white photos of the organs being removed and cleansed.  Nothing linked the victims together, nothing at all.

The detectives were left with two main questions, who had taken the pictures and where had they been developed?  Was this a single person or was there more than one photographer?