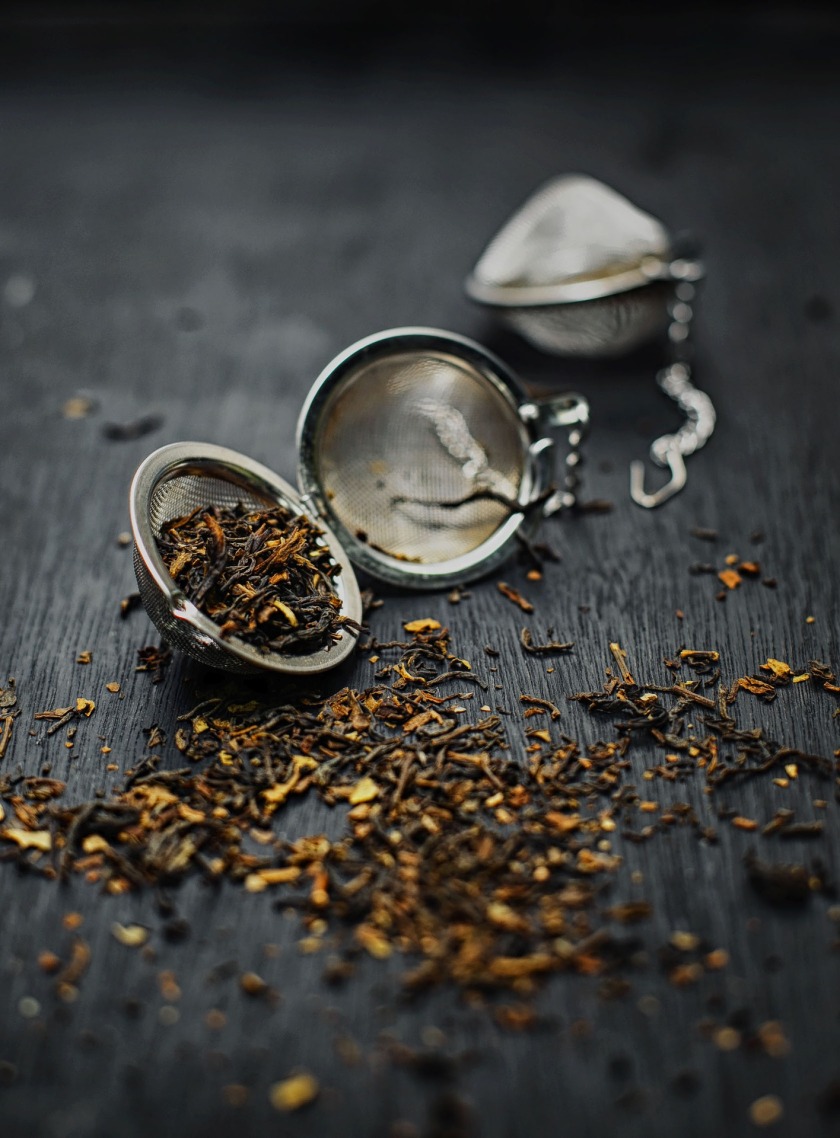 The edge of his newspaper dropped, “No.  It is not tea time yet.”

He lifted the corner of the newspaper back up and continued reading.  With the edge of her bath robe trailing behind her, she paced back and forth across the room.  Slowly, she came to a stop in front of him.  Her toe began to tap.  As the tapping grew more insistent, he hunkered down behind his paper.

The staccato beat of the tapping came to a stop and silence filled the room.  With a slow and calculated motion, he peeled the corner of his paper back and took a quick peek.  She stood there with her arms crossed and the glare of all glares burned back at him.  He let the corner come back up but the paper was torn from his fingers.

It was then that she noticed the cup sitting next to him.  Shock registered on her face as the steam wafted slowly from the tiny porcelain vessel.

“What is that in your cup?”

“Explain?  Explain?” she cried.  “You have broken the main tenement of the morning drink!  Do you know the damage you could have done?”

She grabbed the cup and held it close to her chest.  With a quick sip, she drained it.  As her eyes widened until the iris was completely surrounded in white, she sucked in a whistling breath.

The words she spoke ground out past her teeth, “There is a process in place for the drinking of morning beverages.  You start with tea, always with tea.  You don’t jump in willy nilly with coffee!”

The room darkened and her pupils dilated.  An odd light effused around her as the room grew smaller.  Her voice boomed loudly, “Tea is the beginning, the first of the firsts and it lays the groundwork.  Time will begin to accelerate and your control will be in place.  Once the groundwork is laid, you can follow with the bean of the coffee plant.  Time will become malleable to your touch and you will be pleased.  Only now can you drink of the yerba mate and feel like a God!”  Strange laughter exploded from her.

The man cringed in his chair and closed his eyes tightly.  The room grew silent and he felt warmth on his eyelids.  He could hear a bird lilting in a tree through the window. He carefully pried one eye open and then the other.  Everything was as it had been and she had a beatific smile painted across her lips.

He muttered into the lovely morning of this fine day, “Well, uh… I had no idea.  My apologies.”

She dropped the neatly folded newspaper into his lap.  As she turned away to leave the room, she stated, “Don’t go messing with the timelines, my good man.  There are consequences!”